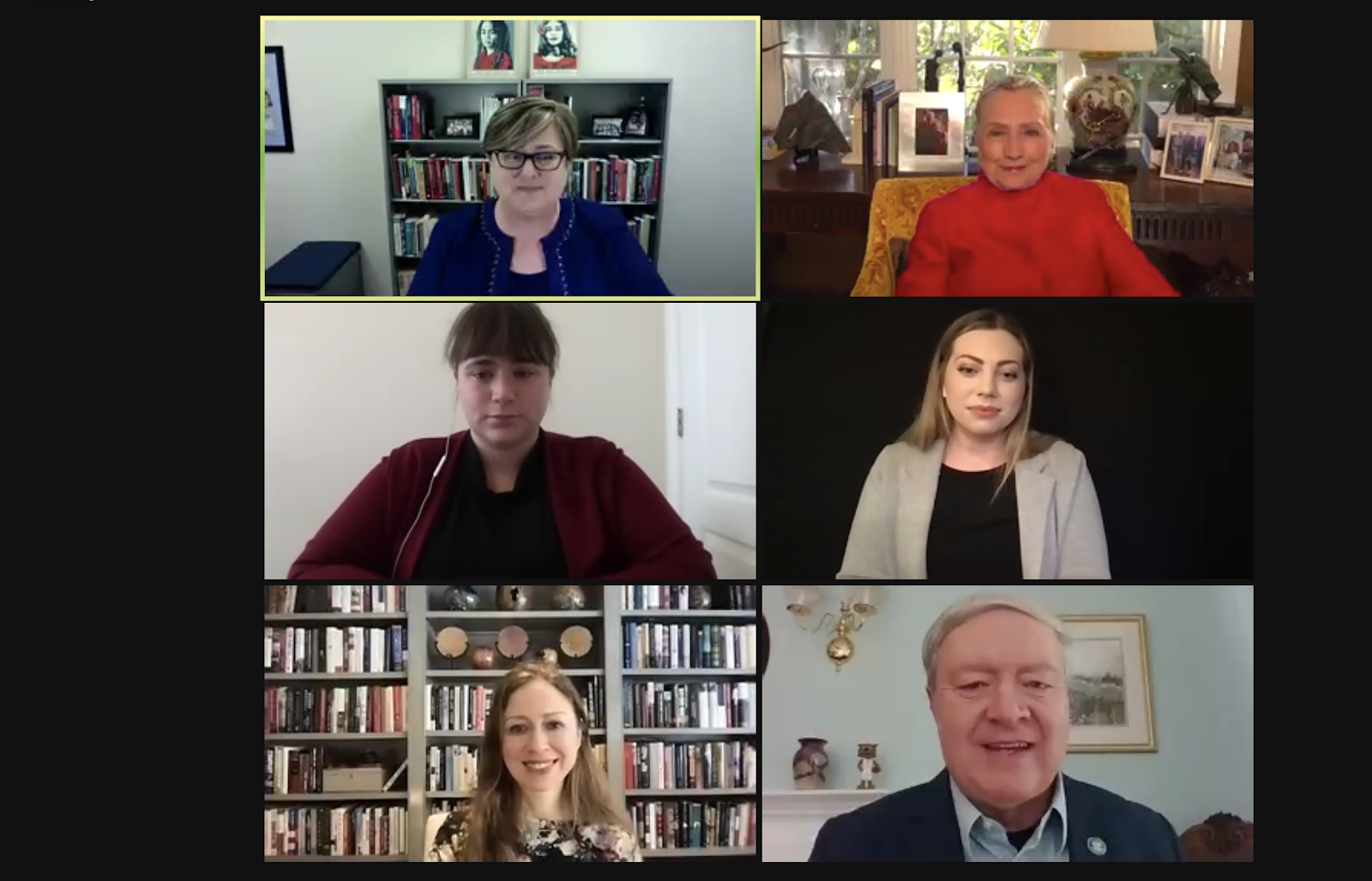 Far before history was ever recorded, humans have always told stories. Some were awe-striking explanations of how the world worked, depicting gods and monsters responsible for the tumultuous natural cycles that brought devastation and bounty to their communities. Others were carefully crafted lessons, designed to teach children what not to do when they grew older. When stories are told by enough people, they become ingrained in our history and culture.

On March 2, former Secretary of State Hillary Rodham Clinton and Chelsea Clinton held a fireside chat with Ohio University faculty to discuss their new book “The Book of Gutsy Women: Favorite Stories of Courage and Resilience,” which contains 105 stories about women of all races, ages, abilities and backgrounds who have made a difference in the world.

Both women had a number of inspirations for the stories that they wanted to include in the book. Hillary Clinton had a particular question in mind: “What makes for a courageous, purposeful life?”

As for Chelsea Clinton, she was inspired by the powerful stories that she wanted her own children to be familiar with. “[I am] hyperaware as a parent of the stories I want to bring into my children’s lives,” she said.

“People are really hungry for stories. They want to understand what came before,” Hillary Clinton said. “[Stories show people the] kinds of attributes they can maybe aspire to. But it’s hard to think about that if there aren’t enough stories about people who are relatable, who strike a chord.”

The Athens Effect followed up with Dr. Cindy Anderson, who moderated the fireside chat and is a professor in and chair of the Department of Sociology and Anthropology at Ohio University.

History writers have a bad habit of overlooking contributions from anyone other than heterosexual white men. Even today, popular history books are dominated by 75.8% male authors and 71.7% male biographies.

“Sometimes when we don’t think consciously about women, we forget them. We forget their contributions, we forget the role that they play,” Anderson said. “[Women’s History Month] allows us to put front and center these stories that need to be told, the accomplishments of women, the successes of women, the great things that women do.”

“The Book of Gutsy Women” brings many female figures in our history into the spotlight. One of these women is Ida B. Wells, who documented and reported on lynching and white mob violence. She was also an active suffragist who regularly confronted exclusionist members of the movement.

“If you don’t know about black Americans or about women who have made a big impact, who have been courageous, who have been gutsy, then you don’t understand that we have had a broad tapestry of lives and actions leading us to this point,” Chelsea Clinton said, “and that we can learn from it and we can look back in order to take those lessons to try to continue having the changes that are necessary when it comes to racial and gender equality.”

Another gutsy woman featured in the book is Maya Lin, an Athens native who designed the Vietnam Veterans Memorial, the Women’s Table and the Civil Rights Memorial. She entered her model for the Vietnam Veterans Memorial in a contest when she was 21, and testified before Congress in defense of her design, which received opposition after her age, gender and ethnicity were revealed.

It is important to contextualize many of the things people take for granted. Culture and socialization can make things certain people do everyday really difficult for a group of a different background, ethnicity, race, gender or orientation.

“You don’t realize these are small parts of really amazing and incredible things we do on a day-to-day basis,” Anderson said. “Having a book legitimizing that what women do is amazing and gutsy and groundbreaking gives validity to many things we do everyday and we don’t give ourselves enough credit for.”

These powerful stories share the unspoken stories of women in history, provide us with new role models and work toward mending the patchwork of our past into something representative of the diverse community we live in today. Celebration of all history months gives us a chance to remember what we have omitted from most public education, which prevents us from repeating our mistakes.

“If we don’t know our history, if we don’t know how our government has worked, how we want it to work, it’s very difficult in a pluralistic, sprawling democracy like ours to make the decisions that will make us safer and richer and stronger and fairer and more prosperous going forward,” Hillary Clinton said.